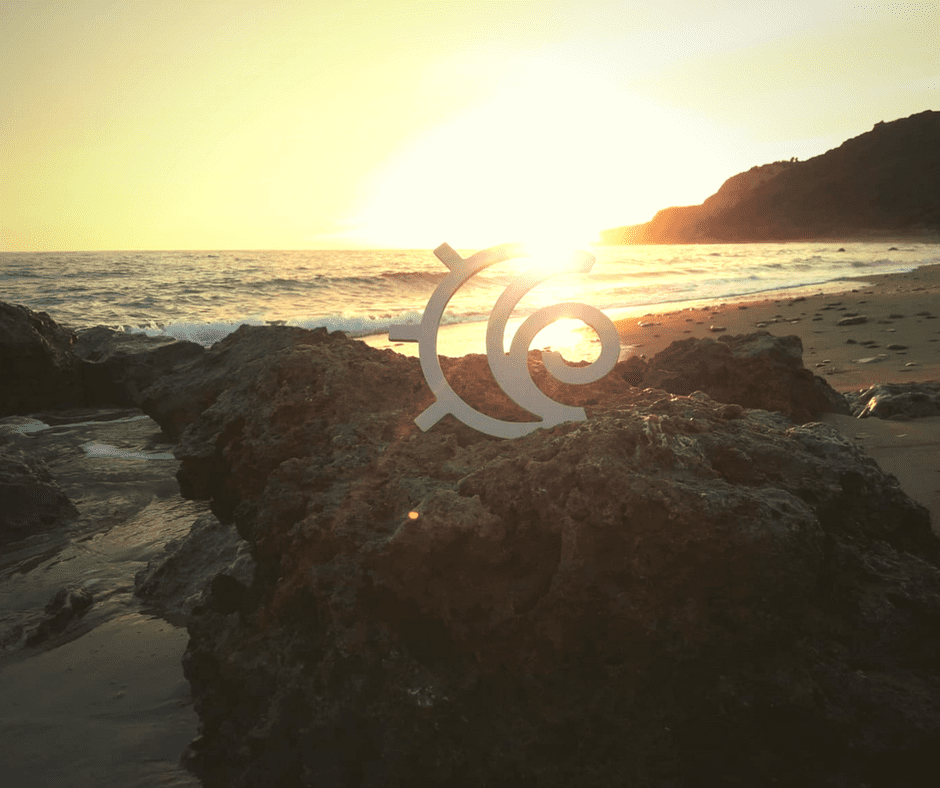 𝗯𝘆 𝗮𝗶𝗿:
there are many international direct flights to corfu from a lot of european cities and also from tel aviv – the international code for corfu airport – is CFU or LGKR – the airport name is international aiport i.kapodistrias

downtempo paintings is waiting for you at the beach with open arms & open hearts
for this all greek paintings edition – we invited from them finest greek artists – to showcase a wonderful blend of downtempo, ambient, chillout & panoramic electronic music.

𝙎𝙏𝙀𝙁𝘼𝙉 𝙏𝙊𝙍𝙏𝙊
Born in Athens and self-educated in guitar, piano, percussion and music technology, Stefanos has been involved in various forms of electronic and natural sound from an early age.
As a composer-sound designer of the Digitribe team, he has composed music for mapping projection, hologram and virtual reality presentations of major companies such as Nike, Redbull, Heineken, Mircosoft, Vodafone and many more.
In addition, as a stage musician and as a sound designer, he has participated in theatrical performances of the National Theatre Of Greece and other productions, touring in ancient Greek theatres and worldwide.
As Stefan Torto has released five albums and four E.Ps.
Several of his tracks have been released in music compilations and used for film/short film productions worldwide.
Finally, as a sound designer and member of the Audiomodern team, he researched and created sound libraries and musical software instruments (vst/au) like Atom, Paths 2 and more.

𝙎𝙄𝘿𝙀 𝙇𝙄𝙉𝙀𝙍
Side Liner began as a project in 2004 by Nick Miamis in Athens, Greece to explore the emotional side of music and give shape to the events of the day. His music is best noted for the continuous flow of thought it creates, often visually stimulating and evocative of a particular mood — without the jarring interruptions of so much of today’s electronic and chillout music.

The sounds created by Nick in his studio are heartfelt expressions of his concerns for the future — whatever it may bring.
​
Side liner has released 16 full albums:
“Emotional Diving” (2006),
“Once Upon A Time” (2007),
“My Guardian Angel” (2008) ,
”Crying Cities” (2009),
”Missing Pieces Of A Puzzle” (2009) ,
“Human Recycle” (2010),
“Dream Stealers (2011),
”Missing Pieces Of A Puzzle 2” (2012),
“I A Bird Now” (2012) ,
“Missing Pieces Of A Puzzle 3 (2013,
“9 Years Side Liner” (2013),
“Water Everywhere” (2013),
“Missing Pieces Of A Puzzle 4” (2013),
«Out Of Town» (2016) with Aviron,
«Last Breath» (2017),
«No Vember» (2019)
all through Cosmicleaf Records
and numerous eps and tracks in compilations.
​
The critics have taken note of the body of work from Miamis and have begun to help spread the word— or the music. As Groove Magazine perfectly described, “Side Liner’s music is a journey through sublime textures that hopscotch between comforting warmth and oblique menace. Running the gamut from ambient to breaks, (the music) soars through dreamy soundscapes where Side Liner’s chilling vision of the future collides head-on with the realities of a perplexing modern world.”
​
Nick Miamis is involved with music business since 1999 and so far has produced 400+ tracks, in 130+ releases -some of whom were on “chillout” compilations as well as his own albums.
​
He is also the label manager of Cosmicleaf Records and her new techno imprint Koslif.
​
He has perform in countries as UK, Spain, Germany, Russia, Ukraine, Greece, Serbia, France, Hungary, Switzerland, in festivals like Let Me Know, Samsara, Shankra, Summer NeverEnd, Trimurti, Wonderland Experience, FSI, Omni etc and venue events beside names as Juno Reactor, Desert Dwellers, Astrix, HiProfile, Solar Fields, Aes Dana, Avalon, Egorythmia, Ben Svendensen, Serafim Tsotsonis to name a few.
​
His styles covers a big variety of «Chill out» and can be either soft or groovy based on the event he is invited, as he masters the flow and understanding of each event and listeners need. He practices weekly with new mixes he delivers through his online channels in Youtube, Soundcloud as also and his radio shows in Digitally Imported (USA) and Chromanova (Germany).
​
His music also has been featured and in WYM mix shows of Cosmic Gate (Blackhole Recordings) and in Solarstone’s Pure Trance Episode’s, also rotates in background music playlists of 5stars hotels in Mexico and other Ho.Re.Ca business and retailers around the world and rotates also in background music playlists of 5stars hotels in Mexico and other Ho.Re.Ca business and retailers around the world.
He has also perform on Let Me Know Festival in a cinematic night, upon the awarded film of director Syllas Tzoumerkas «A Blast» where collaborated with the director for a new inspiration to match the film scenes with his music.
​
He is also the half part, of psyprogressive trance duo, «Anasa», along with Zero Cult and behind the project «Renil Edis» his techno alter ego.

𝘾𝙔𝘿𝙀𝙇𝙄𝙓
Behind Cydelix is George Deligiannis, producer and sound engineer composing since 1997 dance and electronic music. Studied Music technology and acoustics at ATEI of Crete and also music lessons since he was eight. He plays Keyboards, Cretan and Politiki Lyra.
Has more than 50 songs released under Cosmicleaf recs, unicorn music and dr recordings. In 2003 He released his debut album «Close to her eyes» which was sold out. In 2010 a second album «The right to remain silent» is out for abient chill people. In 2011 his 3rd album titled «preparing the next generation» gave him boost on the scene.
Also he can combine the sounds of a professional’s guitar player Fotis Kostopoulos in his show with remarkable sonic results. Through the marriage of electronica ambient and guitar leaks and phrases accompanied with traditional instruments from the east results a unique experience for the audience.
A second name Geedel came out for his dance productions nowadays and releases his sonic creations with many known labels as Platipus records (porcupine), Redux (Condura), Destination Sunshine etc. He works with many hardware synthesizers such as Roland Sh – 101, Roland RS 09, Roland alpha juno-2 and Jp-8000, DSI Mopho, Virus TI, Crumar multiman and an Armenian Duduk. His music expands from dark chill abient to DnB and from minimal house to progressive trance.

𝙎𝘼𝙂𝙈𝘼 𝙎𝙔𝙎𝙏𝙀𝙈
Is the letest Creation of the producer Alexis Dendias from Corfu Island
His Sound blends the modern electronic stylings with soft synths and hypnotic grooves, smooth basses and atmospheric melodies to earlier influences from Psyambient to Progressive and beyond.
originally from corfu – half italian, half greek and moved to florence (italy) 1998 to study architecture. he loved that feel in italy, but destiny and life brought him back to greece & corfu 2011, where he lives until the present moment. his big love & passion though was always music!
from 5years old he would have piano lessons until after 10years of them lessons, he started to experiment with electronic sounds & grooves with that ‚ancient‘ yamaha psr-32. in 95/96 friends took him to psytrance parties and since then it has been a big love affair with electronic music.
here a ‚small‘ introduction of alexis & his musical life, incl. producing, eventmanagement & stage managing:
– in florence alexis took a deep dive for 4years learning mixing techniques & skills but also software like fruity loops and q-base and together with his new friends experimenting with all sorts of synths and instruments.
– during this first 4years he starts to dj but works also in the production of arezzo wave festival and elita festival – apart of the production he works onsite as sound engineer and stagemanager to
– in 2002 his big love for electronic music brings him to berlin where his co-founder & resident dj of the berlin mitte group – what makes them get a residency also back home in the xmud club in florence, where the group is discovered by the owners of the then mighty tenax club in florence
– what follows is the big bang for alexis – djing in a lot of clubs & venues // mainly techhouse and minimal now and meets up with the sound engineer david campanini – together they play & burn the dancelfoors as sonotheque / they play along with ricardo villalobos, matthew johnson, loco dice, magda…to name a few. their career brings them to berlin, germany, london, netherlands, zurich and in 2006 they are official residents of tenax club and alex neri’s (palnet funk) recording crew
– what follows are about 50releases in vinyl and digital over the next 5years for labels such as tenax, safari electronique, undercat records and their own label sunplay to name a few – if you wanna give a listen to their work – there you go: https://www.beatport.com/artist/sonotheque/28989/tracks
– after his return to corfu in 2011, he decided to go back to his musical roots and starts his solo live project sagma system – where the focus is on ambient, psychill & downtempo. as sagma he played in many underground parties and in a few festivals, such as the aurora in samothraki, as well in events along with aes dana, gabriel le mar, saafi brothers, al woods, vlastur. 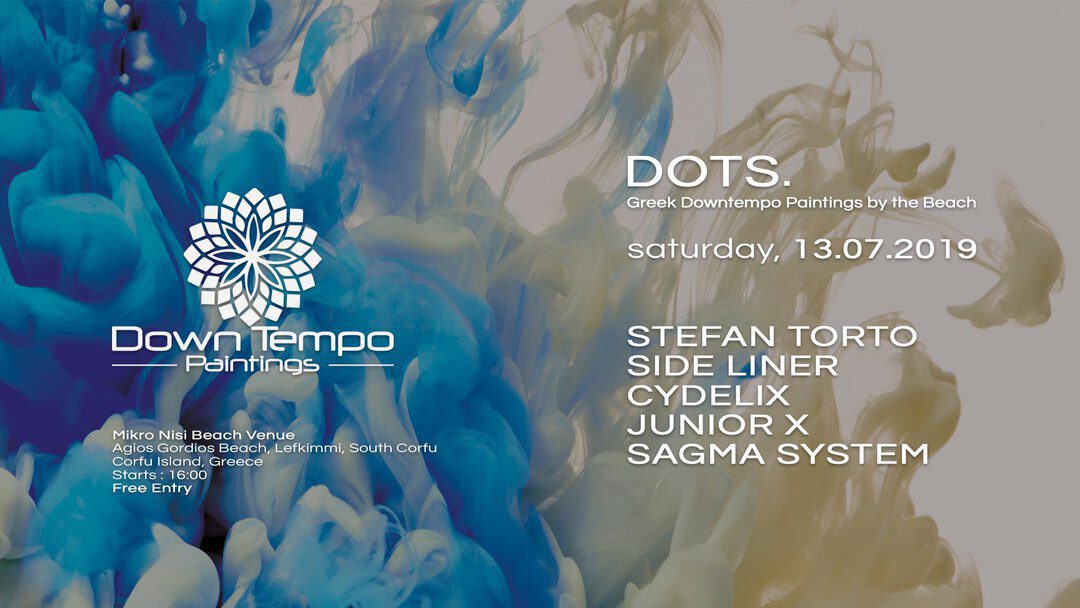 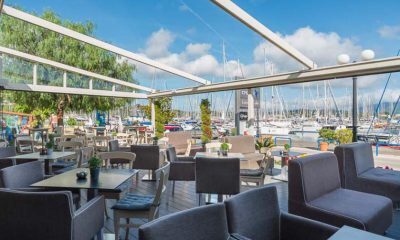 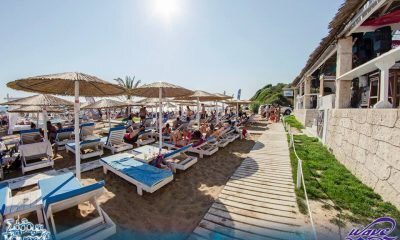 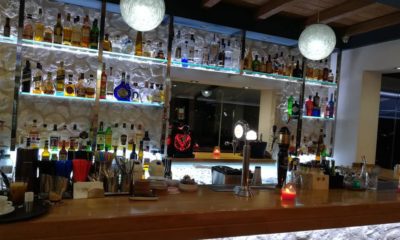 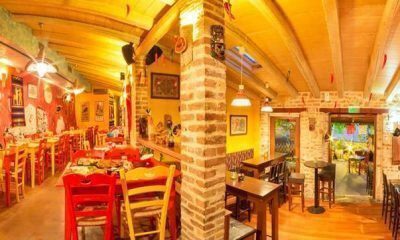 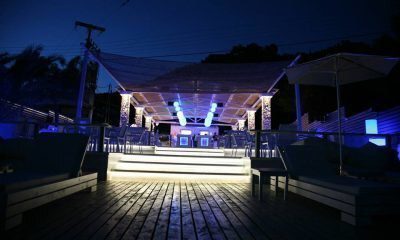 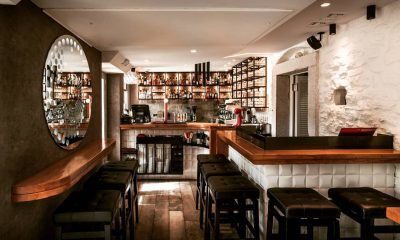